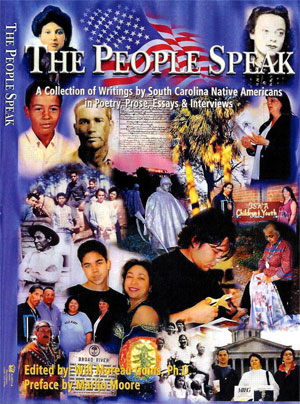 The People Speak: A Collection of Writings by SC Native Americans in Poetry, Prose, Essays & Interviews. Edited By: Will Moreau Goins, Ph.D. Preface By: MariJo Moore

” these are the real voices of the real South. More than thirty years ago I went to the South looking for Indians I’d heard were no longer there because they’d been removed by U.S. President Andrew Jackson and the KKK But I found them because they were still there although some had been removed, and here they still are–as they will always be!- in THE PEOPLE SPEAK.”

Simon J. Ortiz, Author of Out There

“Vigorous. Communal. Visionary. The People Speak heralds a new era for literature and life in South Carolina. After decades of imposed silence, Native American Indians of all ages write from their hearts, affirm the strength of their cultures and o0d their own spirits. Readers have the opportunity to listen with open hearts, to accept differences, find commonalities—and respond. Mutual respect and care can create new harmony. This is the challenge – and the hope – of people, wherever they live.”

“Within the stories of Native peoples is the real truth of North American history and we should be locating it and offering a challenge to European oriented scholars. This collection of South Carolina Indian writings is a step in the right direction.”

THE PEOPLE SPEAK: A Collection of Writings by South Carolina Native Americans in Poetry, Prose, Essays & Interviews is just the culmination of a full year collecting, writing and engaging Native American Indian people and communities in the joy of expressing themselves in the written word. This is especially important for persons of Native American descent here in South Carolina, achieving something that had not quite been possible, namely telling their own story, and telling their own perspectives as they also build their own strength as individuals and as a people. This published collection of prose and poetry is written by people of South Carolina of Native American Indian descent and current residents of South Carolina with Native ancestry, will not only be a historical document but a unique opportunity for these ethnic people to express themselves and their experiences in written literary forms. The Writers Workshop was a project sponsored by The Eastern Cherokee, Southern Iroquois & United Tribes of South Carolina, Inc. in partnership with the South Carolina Humanities Council, a state program of the National Endowment for the Humanities. South Carolina Humanities Council helps to preserve the state’s cultural heritage, fosters lifelong learning, and encourages civic involvement among South Carolinians.

The wonderful writings of these authors demonstrate the diversity that exists in the Native American Indian community here in South Carolina. It also speaks to the voices, issues, concerns and unique heritage of the individuals. Their visions, dreams and desires are shared in these few writings. This anthology is a great addition to all academic institutions in South Carolina and a good addition to schools everywhere. Featuring topics that are important to the Native people of South Carolina including: “Indian Mascots”, Spirituality, Native and tribal folkways, Media’s depictions of Native Americans, Tribal sovereignty, and expressions of how it feels to be a contemporary Native American from the “east of the Mississippi.”

This book contains 144 pages, which includes preface, introduction, Native artwork, photographs, and many expressions of the various authors.

The Eastern Cherokee, Southern Iroquois and United Tribes of South Carolina, Inc.’s purpose is to promote a broader understanding of the Native American experience, issues and concerns throughout South Carolina and to encourage greater interaction and tolerance between people of all colors and cultures. 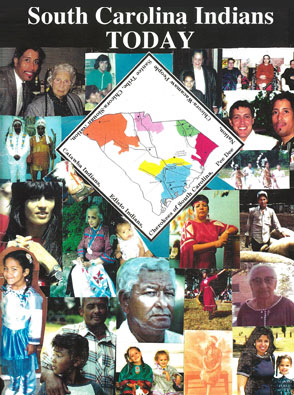 is an Informative guide for anyone interested in South Carolina’s Native American population. Researchers and casual readers will find this work helpful and interesting. Covering Paleo-Indian to contemporary aspects; Slavery of Indians in SC; Soverignty; Indians and Education ;Teachers lesson plan; Biblography; and selected reading for young people. The volume offers one of the most intimate portraits of the first Carolinians. 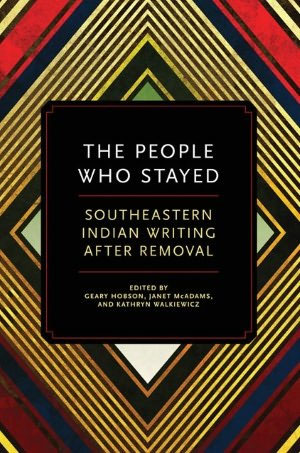 The People Who Stayed: Southeastern Indian Writing after Removal

After passage of the Indian Removal Act in 1830, tens of thousands of American Indians were relocated from the American Southeast. Yet, as the editors of this volume amply demonstrate, a significant Indian population remained behind after those massive relocations.

The first anthology to focus on the literary work of Native Americans who trace their ancestry to “people who stayed” in southeastern states after 1830, this volume represents every state and every genre, including short stories, excerpts from novels, poetry, essays, plays, and even Web postings. Although most works are contemporary, the collection covers the entire post-Removal era. Some of the contributors are well known, while others have only recently emerged as important literary voices.

All of the writers in The People Who Stayed affirm their Indian ancestry, though many live outside the Southeast today. As this anthology demonstrates, indigenous Southeastern writing engages the local and the global, the traditional and the modern. While many speak to the prospects and perils of acculturation, all the writers bear witness to the ways, oblique or straightforward, that they and their families continue to honor their Indian identities despite the legacy of removal.

In an introduction to the volume and in headnotes on each contributor, the editors provide historical context and literary insight on the diversity of writing and lived experiences found in these pages. All readers, from students to scholars, will gain newfound understanding of the literature-and the human experience-of Native people of the American Southeast. 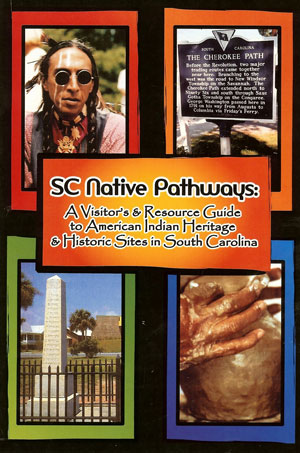 By Will Moreau Goins Ph.D.

A Comprehensive Guide to Native American heritage and historic sites available in South Carolina. The target audiences are South Carolina visitors, tourism industry professionals and organizations, and tourism researchers. It provides information on an authentic Native American Indian experiences. For those interested in meeting the indigenous people of this state, interested in the arts and crafts of these first people of this Palmetto state and interested in the festivals, dances, ceremonies, songs and stories. This publication includes historic buildings and structures, archaeological sites, monuments and cultural traditions. South Carolina is home to some of North America’s most impressive prehistoric civilizations and archaeological discoveries. From the 4,000 year old shell ring sites on the coast to the multi-story tall truncated pyramid and burial mounds throughout the state, or the ancient petroglyph of the upstate that tell a Native story in pictures, South Carolina has a variety of these sites second to none.