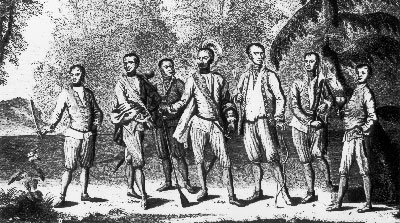 Native American Indian culture and heritage have charmed visitors to South Carolina for centuries. For thousands of years prior to European colonization, the rich natural resources of South Carolina were used by indigenous native tribes. At least 29 distinct groups of Native American Indians lived within what is now the state of South Carolina when the first English colony was established in 1670. But the history of the Natives and the Europeans is even older that in South Carolina. In addition, South Carolina is home to some of North America’s most impressive prehistoric civilizations and archaeological discoveries. From the 4,000 year old shell ring sites on the coast to the multi-story tall truncated pyramid and burial mounds throughout the state, or the ancient petroglyph of the upstate that tell a Native story in pictures, South Carolina has a variety of these sites second to none.

Eastern Cherokee, Southern Iroquois & United Tribes would like to develop a Native American Indian Heritage Corridor for South Carolina and have partnered with the Clemson University Department of Parks, Recreation and Tourism Management to help develop a web site for information and identification of sites. In addition the ECSIUT has published a Guide " Native Pathways: A Visitors Guide to American Indian Heritage & Historic Sites in South Carolina" in 2008. http://www.scindigenousgallery.com/BusExpo.pdf

ECSIUT has been working with and partnering with the following agencies to get these things accomplished since 2000. Cooperating and participating organizations: The SC Governor’s Native American Indian Ad Hoc Task force South Carolina Minority Business Administration South Carolina Department of Parks, Recreation & Tourism The National Museum of the American Indian, Washington, D.C. South Carolina Department of Archives and History-Historic Preservation Office The ECSIUT- Cherokee Indian Tribe of South Carolina The National Trust for Historic Preservation The Fund for Southern Communities

Museum of the Cherokee Nation

Ms. Donna Hancock Ott, Chief of the Pee Dee Indian Nation of Beaver Creek stated…."The information presented at the seminar was very helpful overall. My colleague ( our other Tribal representative) and I were given many new ideas and information. The best part about the information was that it is obviously attainable – by most anyone who applies herself to the methods introduced at the seminar." "The ideas were founded in good common sense and were presented in an easy to understand format. The presenters did not talk over our heads or get caught up in technobabble. They spoke in plain English and used conversational sentences to convey the information." "Of particular interest to us was the presentation made by the presenters from the Archives and History Department. Tracy Power gave information about historical markers that I had never heard before. And Mr. Stroup came in the place of Mr. Chandler and gave helpful and meaningful information about the Department of Archives." Further she stated,"The two presenters let us know that they were available to help us." "I believe the strongest feature of the conference were the number and variety of presenters. No one presenter droned on for hours and hours. The pace was lively" "Dr. Goins and his team are to be commended for presenting this innovative and creative resource. We were able to attend on a scholarship, which made it convenient and affordable for two of us to attend – thereby enabling us to divide the information and take away doable projects for our organization" Native Americans need their own conference. Our preservation issues are far different from any other ethnic or cultural preservation issues. When asked "Should we have Historic preservation Awards in future Years? Chief Ott empatically stated. "Absolutely. Our elder had a fit over her commemorative book, certificate and medal for being a "Distinguished Native American Elder", Yes." Mr. Henry (Kicking Bear) White, 2nd Chief Waccamaw Indian People of Horry County ( stated the following comments that can be used) Chief White stated about the Conference…"The Conference was Very Good, I thought that the Conference Center was superb" He Continued,"The Strong features of the Sessions at this conference were the sessions that addressed the preservation of historical sites, buildings and Indian burial grounds." He further stated that"We needed more emphasis on Repatriation of Native American remains, in future years " When asked "Do you feel that the South Carolina Native American Indians Need their own separate Conference or do you feel that joining one of the already held Historic Preservation Conference would be enough?" He responded, "I feel Native Americans need their own separate conference, because Native American needs are unique and differ significantly from other ethnics." Chief Hank White also stated,"I think that this should be an annual event, it would be good to have an opportunity to continue to reinforce each others community actions and to share what is working and what challenges people are having." When asked should this be an annual Conference specifically for Native Americans, Mr. Todd Ewing of the Hanna Ewing & Associates a company who’s motto is "Building Unity in Diversity" stated " I think doing both would be valuable. There is a need to stay connected to mainstream activities while at the same time giving emphasis to specific Native issues" He further stated," The Conference was excellent because I felt information that was presented was very good! " Jeffery Scott who representated a small Indian Communitiy in Greeleyville, South Carolina stated " I found the conference very informative.Important issues were Communication, Preservation, Recognition, and Restoration of Historic buildings/landmarks" He further stated,"I feel that S.C. Native American Indians should be allowed to have their own conference. They should be able to bring in speakers from different tribes/organizations throughout the US. Native Americans should be able to have their own conference just like other races have their own." He suggested that future topic should include," Most definatly "LACK OF COMMUNCIATION AMONG TRIBES" Ms. Vedia Counts a Cherokee Indian from Newberry, South Carolina said, "I really enjoyed the Keynote Address from The National Museum of the American Indian at the Awards Banquet, because,it was interesting and helpful to know what other Natives are doing nationwide with regard to preserving and presenting Native American indian culture and heritage…..It was good to know what organizations, persons and avenues are available to help pursue saving our culture." Cynthia Moses NeSmith of the C.M. NeSmith Consulting, LLC was one of the Presenters who gave a presentation on fundraising. She shared that " I acquired a new, additional definition of minority /disinfranchised / invisible. As new minority groups immigrate to the southern US it is eye-opening to realize that there has always been people of more than just two colors. This adds immeasurably to the opportunities and the responsibilities of historic preservation in our state." She further stated," Native Americans need to learn as much about historic preservation as possible so that their part in our past is appropriately represented. ….. You have to know and understand the process in order to fully participate" She suggested that for Future Conferences the following should be areas for presentation and workshops ,….." Continue fundraising, museum startup, community relations, board development, professional operation of historic sites/properties, etc," These are important areas to deal with for these Native American Indian Groups