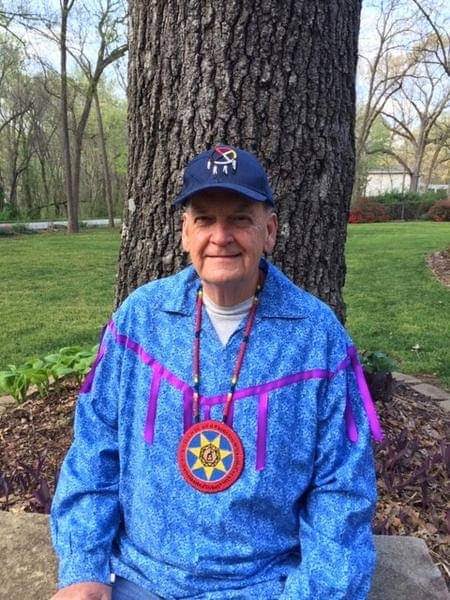 (ah-ni-yv-wi-ya) in the Cherokee language. Welcome to the “State recognized” Eastern Cherokee, Southern Iroquois & United Tribes of South Carolina, Inc, a statewide tribal organization in South Carolina, also known as the Cherokees of SC. “State Recognized” by Chapter 31, Title 1 of the SC Code of Laws of 1976, Section 1-31-40(A)(6)(10) and Chapter 139, Article 1 of the Code of Regulations. Today, individuals of Cherokee ancestry fall into the following categories: Please take some time to browse through this site to learn more about the Eastern Cherokee, Southern Iroquois & United Tribes of SC and the remnant band of the Cherokees of SC activities, history, programs, historical preservation efforts, governmental structure as well as the services we provide to enrolled members, as a state recognized tribal government in South Carolina.

Official Website Headquartered near Tulsa, Oklahoma.   The Cherokee Nation was originally located over a broad territory covering much of what is now the southeastern United States. In 1838 under the direction of President Andrew Jackson, the Cherokees were forcibly removed from their lands in what is now remembered as the infamous Trail of Tears. The Cherokee Nation has produced an excellent web site, especially for those interested in tribal current events as well as cultural information. The United Keetoowah Band of Cherokee Indians in Oklahoma. The United Keetoowah Band of Cherokee Indians has a rich and vibrant history. In the face of adversity, the Band has continued to strive and prosper. The UKB Department of Language, History, and Culture was established in 2005 in an effort to perpetuate the history that binds the Keetoowah Cherokee People. The United Keetoowah Band of Cherokees is the only Oklahoma Cherokee Tribe extended a Corporate Charter by the U.S. Congress. This is yet another recognition that the United Keetoowah Band of Cherokees is The Original Government of the Cherokees. The UKB’s constitution/bylaws and corporate charter were ratified in accordance with the Indian Reorganization Act and the Oklahoma Indian Welfare Act on May 8, 1950. The UKB is the only Cherokee Band or Nation properly organized under the OIWA, which is required by the act in order to possess un-allotted lands belonging to the Cherokee Indians.

Official Website Headquartered in Cherokee, North Carolina.   Some Cherokees defied the United States government and refused to leave their native lands choosing instead to hide in the wilderness of the Blue Ridge mountains. Although technically not a federal reservation, Cherokee, NC is located in the center of a recognized land trust known as the Qualla Boundary. The Eastern Band of the Cherokee Nation has produced a very good web site with general information on cultural events as well as its gaming endeavors. The Cherokees of SC, have close social, economic ties and family connections with members of the EBCI, We also have an OFFICIAL working relationship with the EBCI.

Establishing The Eastern Band Of The Cherokee

After the removal to the West of all but a handful of mountain Cherokee, Yonaguska gathered those left about him and settled at Soco Creek on lands purchased for them by his adopted son, Will Thomas. As a white man, Thomas could legally hold a deed to the lands and allow the Cherokee to live on them. Shortly before his death in April, 1839, Yonaguska had himself carried into the townhouse at Soco where, sitting up on a couch, he made a last talk to his people. The old man commended Thomas to them as their chief, and again warned them against ever leaving their own country. Then wrapping his blanket around him, he quietly lay back and died. Yonaguska, the most prominent chief ever of the Eastern Band, was buried beside Soco Creek, about a mile below the old Macedonia mission, with a crude mound of stones to mark the spot.

John Finger, “The Saga of Tsali: Legend vs. Reality”

Download PDF In this iconoclastic article on the legend of Tsali, John Finger indicates that Tsali was really about 60 years old, that his wife was not killed by the soldiers, that Euchella’s Band of Cherokees recaptured Tsali’s Band and executed the men in the presence of the Army and that Tsali himself was captured after the soldiers had left the area and was executed by Euchella’s Band. Still Tsali should remain a legitimate symbol of Cherokees who resisted removal and desired to remain in their homeland at all costs. – John Finger, “The Saga of Tsali: Legend Versus Reality,” North Carolina Historical Review, Vol. LVI, No. 1 (Winter, 1979) 1-18. Reprinted with permission from the North Carolina Historical Review. For subscriptions and back issues, please write to 109 E. Jones St., Raleigh, NC 27611.

Download PDF The Diary of Lt. John Phelps is the record of a young soldier sympathetic to the Cherokees who was present in North Carolina during removal. He records the Cherokees arrival at Fort Butler, their expectations regarding John Ross and the New Echota Treaty, and their departure for Tennessee. Phelps also describes camp life, weather conditions, local vegetation, and customs of both Cherokees and rural whites. -“The Diary of Lt. John Phelps,” Sarah Hill ed. Journal of Cherokee Studies, vol. XXI, 5-79.

Download PDF After the Cherokee removal in 1838, about 1400 Cherokee Indians remained in western North Carolina or in nearby Tennessee, Georgia, and Alabama. Between 1841 and 1844 a further attempt was made to remove these remaining Cherokees. This attempt failed because the Cherokees did not wish to go, North Carolinians were not pushing to have them removed, and several prominent whites (including William H. Thomas and Felix Alley) opposed the move. Ultimately, general indifference deprived the government of any leverage and no one was willing to force removal.– John Finger, “The Abortive Second Removal, 1841-1844,” Journal of Southern History, Vol. 47, No. 2, (May, 1981) 207-226.

Present State of Civilization among the Cherokees of Qualla Town (1845)

Download PDF Statements by Thomas on the progress of the Qualla Cherokees. “They now subsist by agriculture instead of depending upon the chace [sic]. They now have their own mechanics, own farmers, own school teachers, and own preachers.” Written to prevent anymore removal ideas and to establish the Cherokees’ right of permanent residency and citizenship, the former was not established until after the Civil War and the latter was not resolved until after WWII.-Letters Received by the Office of Indian Affairs, 1824-1881, National Archives, Washington D.C., Record Group 75, M-234, roll 89, frame 542-3.

Download PDF This Memorial, with supporting documents, requests that the Qualla Cherokees be granted the $53.33 allowed for removal and subsistence (as were the Cherokees in Georgia).-“Memorial of the Cherokee Indians Residing in North Carolina,” June 25, 1846, Senate Document 408, 29th Congress, 1st Session, 1846

Download PDF Under the leadership of William Holland Thomas, Cherokee Indians living in North Carolina struggled with the state of North Carolina and the federal government for recognition as citizens and for payment of claims under the Treaty of New Echota. Thomas’s efforts, including his organization of some Cherokees into a Confederate unit, finally won recognition by state and local governments for some rights, especially permanent residency, but the unquestioned right of citizenship did not come until the mid-twentieth century.John Finger, “North Carolina Cherokees (1838-1866): Traditionalism, Progressivism, and Affirmation of Citizenship,” Journal of Cherokee Studies, (Spring, 1980) 17-29.

Describes the role and activities of the 400 Cherokees who served in the Confederate Army under William Holland Thomas. Stationed at Strawberry Plains (near Knoxville), the Cherokees first engagement was at Baptist Gap near Rogersville, Tennessee (Sept. 1862). Here the grandson of Junaluska was killed and the Cherokees scalped several Union soldiers in retaliation. Cherokees saw little combat, but spent most of their time protecting the railroad and rounding up conscripts and deserters. Some Cherokees did fight on the Union side and they were credited with bringing the smallpox epidemic after the War. The Cherokees were rewarded for their support when the North Carolina Assembly granted the right of permanent residency (Feb. 19, 1866). -Laurence Hauptman, Between Two Fires: American Indians in the Civil War, (Free Press: New York, 1995), 103-122.

Vernon Crow, Storm in the Mountains, List of Cherokees Serving the Confederacy Under Col. W.H. Thomas

List of Cherokees who fought in the Thomas Legion includes dates of enlistment and place of residence.-Vernon Crow, Storm in the Mountains: Thomas’ Confederate Legion of Cherokee Indians and Mountaineers,(Press of the Museum of the Cherokee Indian: Cherokee, NC, 1982), 156-160.