About Us Eastern Cherokee, Southern Iroquois and United Tribes of SC 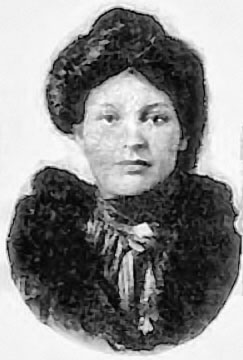 According to Cherokee "Clan Mother" Amanda F. Allen, the families represented in the Tribe today include family names such as Oglesby, Allen, Jones, Poole, Walker. Other tribal names include families such as Adair, Sizemore, Thompson, Butler, Nicholson, Martin, Stare. The Butlers are also related to the Bushyhead family among the Cherokee and the Wattses,Vanns, Rosses, Galphins and McIntoshes. Many of these families were ultimately re- lated, after many years of intermarrying within this small community and with in the tribe. This was caused, in part, by the isolation of the the community and in keeping with the strict miscegenation laws not permitting "free people of color" (Native Americans) to marry white or black persons.

Like many other rural communities, the families who lived in the area, outside Westminster, South Carolina found the need to have a church in their community. Although early Allen and Oglesby family members attended Chauga and Old Westminster prior to the 1860s, they felt the need to form their own congregation. In 1884 the Natives from this Cherokee community would start a church, Cross Roads Baptist Church, and soon after a school was built on property adjacent to the church, dedicated to the children’s education. This church would become the center of tribal/clan activities for many years. Many tribal members were buried in the cemetery of the church. Many of the old graves have hand made stone-markers similar to those of early Native peoples or early rural Americans. These granite rocks were similar to the markers in the "Cherokee Graveyard" in Walhalla, where names were not included on all and they are placed at random (not at the head or foot) on the grave site to mark the resting place of individuals.

In early times, most of the families were farmers, as were many who lived in rural communities throughout the state. Consequently, one clan began gathering the last weekend in September in thanksgiving to the harvest of that season, and in keeping with the Cherokee Fall Festival tradition, which is held the first weekend in October, for the same reason. The genealogical and historic documentation has been completed for many of these families and currently there are approximately 700 Cherokee descendants on the Tribal enrollment.. Most of these Cherokee descendants had ancestors who resided in the numerous Cherokee Lower Villages of history including: Brasstown, Crane Creek, Chatuga, Chauga, Cheowee, Coweeshee, Echay, Esseneca (Seneca), Estanaley, Estatoe, Oustestee, Keowee, Noyowee, Oconee, Socony, Qualhatchie, , Sugartown, Tomassee, Toxaway, and the Tugaloo Village. The Tribal Rolls of the Cherokees of South Carolina are presently open to any Cherokee descendant who can document their Cherokee ancestry and their families genealogical history and who maintains close social and economic ties to their Cherokee ancestry.

The Cherokee & Tuscarora are "Southern Iroquois" people were located in the Carolinas. Shakori is thought to have moved south with the Eno after 1716. Susquehannock, Tuscarora–Nottoway are also southern Iroquois Native American Indians that resided in South Carolina during many periods throughout history. Also in South Carolina are there connections throughout history of the Tuscarora, Meherrin, Coree, and Neuse River people who were located in the coastal plains of the Carolinas. The Creek Indian also lived in Cherokee territory in SC. South Carolina is also the home of the Siouan tribes and their descendants of the Cape Fear, Catawba, Cheraw, Saura, Eno, Keyauwee settled on the Pee Dee River in SC after 1716 , Occaneechi, Saponi, Shakori, Sissipahaw, Sugaree, Tutelo, Waccamaw, Wateree, Waxhaw, and Woccon. The Algonquian-speaking tribes represented included the Saluda Indians that lived in Cherokee territory in South Carolina. Saluda were a band of Shawnee, and therefore of the Algonquian stock. In 1680, or shortly before, a band of Shawnee, probably from the Cumberland, settled on Savannah River. These Shawnee appear to have been of the band afterward known as Hathawekela. Oconee Indians, Chiaha and other Algonquin speaking tribes, Chowan, Hatteras, Machapunga, Moratok, Pamlico, Secotan, and Weapomeoc descendants from these various tribes and cultures have also lived as Native American Indian people in South Carolina often marring Cherokee people, because of miscegenation laws.